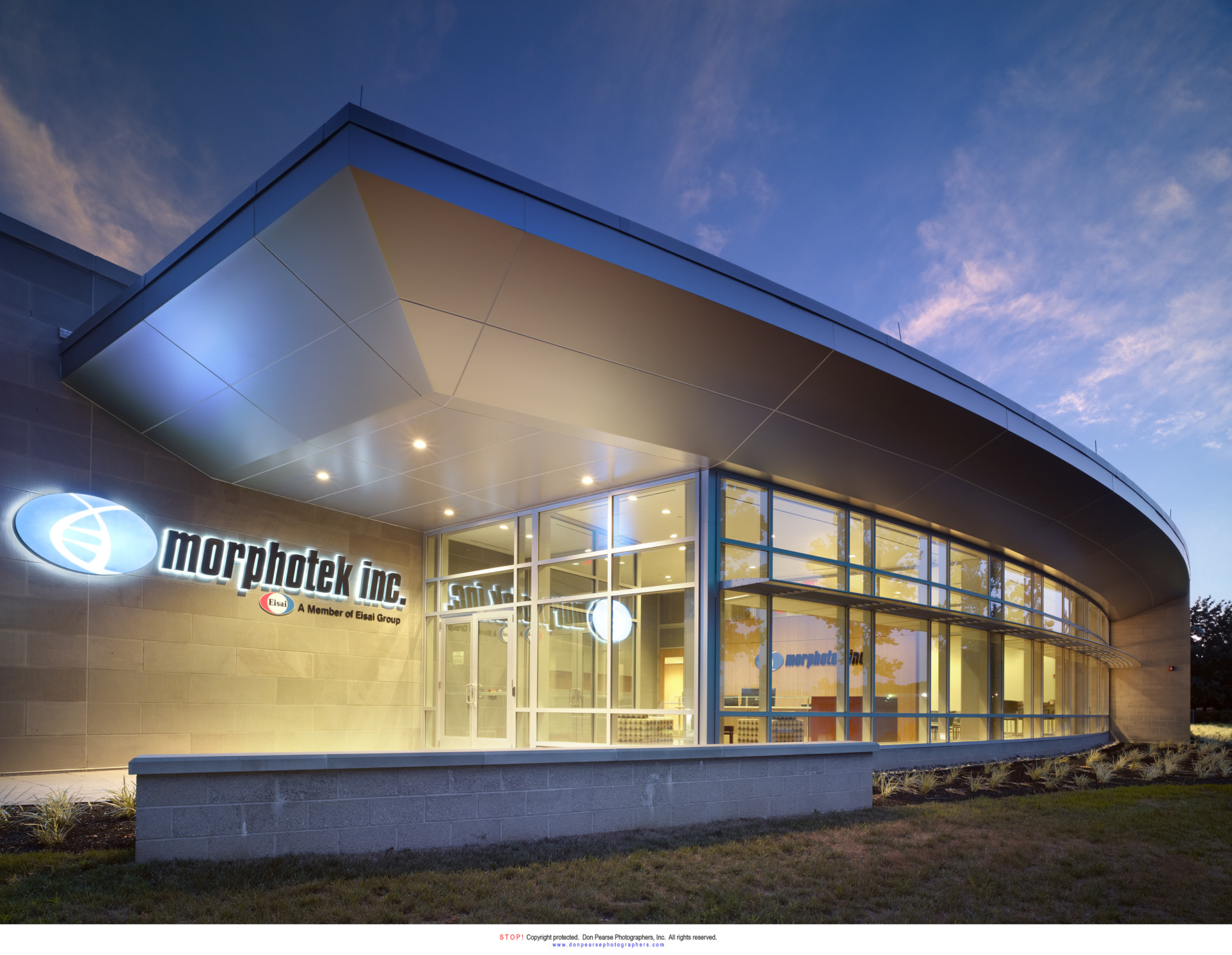 The Morphotek project is a new manufacturing pilot plant for the production of biologics to support its early-stage clinical trials. The company invested $80MM in the 60,000sf facility which comprises of a cGMP-grade pilot plant and office space for support functions. This plant enables Morphotek to maximize the efficiencies of its product development process and move closer to its goal in becoming a fully integrated biopharmaceutical company. Its flexible design allows Morphotek to manufacture 5 different products at one time. The facility achieved LEED Gold certification.